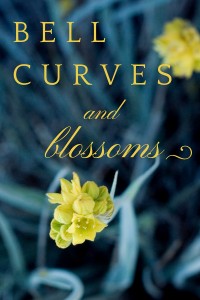 Two days after Simba passed away, a very kind friend left me a beautiful card and a plant with tiny golden coloured blossoms.  The colour reminded her of Simba’s golden fur, which made me cry (everything made me cry). It was a very thoughtful gesture.  The plant became something to look after and nurture in the absence of the furry one.

So I watered my little plant with zeal, making sure the soil was never too dry, never too wet, just slightly damp.  But the flowers starting falling off.  Maybe it needed more water than I was giving it.  So it got more water.  But not only had all the flowers fallen off, so did all the leaves.  Maybe I was watering it too much.  I stopped, and let the soil dry out a little bit.  Now even the branches themselves were decaying, turning from a lush green to a dull dark brown.

I had every sympathy with the plant.  I felt pretty much the same way – dull, dry and forlorn.  Since the furry one had moved on, the only people I saw were my family and my work colleagues.  And at work I could easily go a day or two without really talking to anyone apart from the obligatory ‘good morning’ and ‘see you tomorrow’.  I kept my head down, counting down the hours until I could go home and spend my time crying, looking at old photos, crying, looking at videos, crying, wishing I’d taken more photos and videos, and crying.  There were days when I cried so much I genuinely thought there would just be no more tears left.  My friends were amazing – the texts and messages and cards kept coming, even though I replied to none of them.  Replying somehow meant it was more real.  Ridiculous, right?  But there you go.  My parents and my brothers were and still are exceptional – I don’t know how they’ve managed to deal with their own grief and yet somehow take such good care of me, from the hugs and listening and wiping away tears to spider-proofing the house now that I don’t have a furry accomplice to calm me down when I see the pesky little things.

A few weeks in, and there might be a whole day where I thought I was doing ok.  Where I thought I’d kept it together, had an almost normal day.  Until something happened, something ordinary, that hit me like a gut punch from a heavyweight.  Like the time I was chopping vegetables and went to throw a piece to Simba, but he wasn’t there, or the first time I went to work with a skirt that I didn’t have to brush golden fur from.  But still I didn’t want to see anyone, or do anything or participate in life.  I was stuck.

What I wanted was to rescue my plant.  So on my Mum’s advice, I repotted it.  The new pot, bigger and stronger, and with new compost in it, wouldn’t fit in the living room where the old pot had been sitting.  The only place the new pot fitted was the empty space in the kitchen where Simba’s food and water bowl used to be.  So that’s where it went.  I wasn’t sure at first whether it had made any difference.  It didn’t look any different.  But a couple of weeks ago I noticed a tiny little green leaf in amongst the dark dull branches.  And when I looked closer, not all the branches were dull brown.  There were some green ones there.  Now, two weeks after the repotting and the move, in the place where my greedy boy guzzled his food three times a day, the plant seems to be thriving.  There are green leaves, big and small, all over the shop.

Like a little bell curve, the plant started off thriving and healthy, dropped to near death, and now seems to be making a gentle but steady recovery.

It’s funny how life works in synchronicity when you most need it to.  Just as I feared I was turning into a sad loner and feeling as though I didn’t know how to rejoin the world, I had two invitations that helped me take a few wobbly, wavering steps back into the fray.  An invitation from my fabulously wise coach, Judith Morgan and a text from a lovely friend inviting me to dinner at hers.

I also came across this graph. 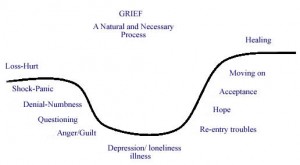 It helped me validate what I’d been going through, and gave me hope that although I might be mooching around at the bottom of the curve right now, there’s every chance that it’s not a permanent fixture.

So although we’re heading into Autumn, where nature shuts down and leaves start falling, I’m hopeful that when the time is right, my little plant and I will blossom again.

2 thoughts on “Bell curves and blossoms”