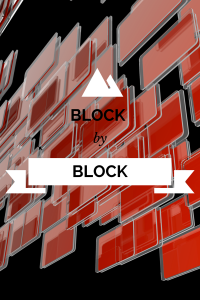 Today was a big day at the day job.  I finally completed the project I’ve been working on for the last three months.

It’s been a bit of a bumpy ride.  Initially, the scope and scale of the what I needed to achieve scared me, especially given my starting point of zero background and zero knowledge.

Then I started to get into it, and realised that the way my manager had proposed I move forward wasn’t going to work – it wasn’t going to give us the end result we wanted.  So I came up with another way around the issue.

That was fine, everyone agreed with it, and I was left to implement it.  It involved weeks upon weeks of slightly tedious mapping of one set of data to another.  There was a point where I almost lost track of the end goal, I was so deep into the detail.  We gave it a test run.  There were snags which needed ironing out.  We had to tweak our methodology, and with that came more re-mapping of data.

And the reason I’m sharing this with you?  Well, firstly, I’ve shared some downs so it’s nice to share the highs too.

Secondly, and most importantly, the one tool I’ve used throughout the project, the thing that’s kept me focused and kept me going is this (Tip 2 in Chapter 6) – block it out.

When it felt overwhelming, I took the big picture and blocked it out, so I could see, block by block, what I needed to work on, and how it would fit in to the overall goal.  When i was getting lost in the detail, I went back to those blocks, so I could zoom back out and see where the detail should be leading me, where it fit into the big picture.  And when the task felt overwhelming in length, blocking things out helped give me a timescale and a perspective I could work with.

Blocking things out works just as well in a home environment as it does in an office one.  Re-decorating the bathroom and getting overwhelmed?  Work it out block by block, step by step – you’ve just created your own action plan and to-do list.

And once you have a plan?  Well, then you’re armed, dangerous and ready to rock ‘n’ roll – block by block, of course!