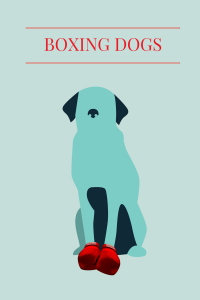 If you’ve been following the adventures (or misadventures at the moment) of my fur-baby through the blog, you’ll know he’s been really poorly. We got to the stage this week where he had been ill at least once or twice a day (often in the middle of the night just as he was getting some much-needed rest) for over a week, and even though he had been prescribed tablets to help with the sickness they were merely blurring the rough edges of the symptoms.

I also took the decision a couple of weeks ago to change his Vet.  He’d been with the same practice since he came home with me at seven weeks old, but recently I’d trusted their judgements and decisions less and less – it was a gut feeling and I finally went with it.  We needed a restart. We moved to another Vet, who is a little further away and a little more expensive but who I feel much more comfortable with.  Because it was a new Vet they started from scratch, redid some blood tests, re-assessed the long-term medication he was on and basically came at the whole issue with fresh eyes. And one of the blood tests confirmed my gut feeling over the last two years – there was a long-term medication prescribed which wasn’t warranted and could actually be causing some of the symptoms.  Apart from feeling guilty that I hadn’t challenged the original diagnosis I was just relieved and felt a little vindicated in following my gut instincts to move.

If you follow the blog you might also, if you’re particularly eagle-eyed, have noticed that this mid-week blog post is a day late. For good reason – yesterday evening (normally blog post time) the pooch and I were meeting with the new Vet to go over the results of all the exploratory procedures.  I was a little bit wobbly going in as we’d been referred to the head Vet for this particular appointment.  I won’t do what she did and go through every procedure and the results linked – I’ll just tell you – it’s treatable, manageable and he should be back to his old self within the next month or two.

It would be impossible to express how relieved I feel. Watching him go through all the traumas of being ill without understanding what’s going on, and not being able to do anything to help ease his pain has been awful.  The lack of sleep and anxiety over the potential results hasn’t helped.

That’s all done with though – I won’t have time for much worrying in the next month. The head Vet was very kind and but very firm.  To get the pooch back to fighting fitness we will be stripping away anything and everything that could possibly cause a problem.  He will be having big doses of medication to fight the inflammation, and he’ll be on a raw meat and rice diet.  We are literally doing the doggy equivalent of a thirty-day detox.  It will mean waking up early (bleurgh!) to administer the various tablets at the right intervals.  It will mean Herculean strength of will not to give in to his huge beautiful brown puppy dog eyes when he wants some of my food or a treat – that’s all off the menu.  And it means that I, a lifelong vegetarian, will be preparing two meals a day of red raw meat – eek!

It got me thinking though.  He’s been messed up, mixed up and churned up for almost six weeks.  And to get him back on track the first thing we did was Stop.  We stopped all the old medication and old food and old habits.  And now we’ve Stopped, we’re Starting.  Starting over, starting again.  We’re building back from basics towards his good health.

I’m an occasional boxing fan, and I noticed that some boxers have a similar process.  They’ve lost more than one important fight.  They can’t see a way through.  Everyone starts to write them off, to label them as ‘Has-Beens’.  Do they give up?  Nope.  They Stop.  They regroup.  They build themselves back up, they start with smaller fights and work back slowly but surely towards the larger ones.  Eventually you see them back up there, fighting the big fights, tougher, stronger and more successful than ever.

It’s something we could all apply to our own situations too. If there’s an area that you feel is messed up, that you can’t see your way through no matter what you throw at it, maybe it’s time to Stop.  We don’t even need to wait for things to go awry.  Maybe we just draw a line in the sand, strip everything back, focus on what our goal is, assess where we are with it, then go back to basics to build back up towards it. What do you think- shall we be Boxing Dogs where it matters?