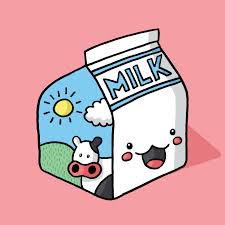 Today was a historic day in the office.  Today was the day Milkgate, which has been gently bubbling over in the background, simmering and occasionally steaming but never really cooling down, finally boiled over.

To give you some context, there are lots of little departments dotted around the manufacturing site I’m currently contracting at.  Each little department has its own little fridge(and I mean little – there’s enough room for half a sandwich and a pint of milk..ahem).  And on top of the fridge are the basics for getting through the day – industrial strength coffee, tea and sugar, plus accoutrements.  Although accoutrements sounds a big grand when I’m actually just referring to a packet of plastic stirrers and a very dodgy looking teaspoon on a tray that has probably been here since before the industrial revolution.

We get allocated one carton of milk, which just about sees us through the day.  It gets delivered in the morning before we get in, so we’re ready for the day.  Now occasionally, other departments, whom also get their carton of milk, are a little more heavy handed with their supplies, and they come and pinch ours.  Not to worry, we usually have enough to go around.  But there’s been more and more ‘borrowing’ and so far we’ve not seen any return of said borrowed stuff.

And today, when we got back from our lunch, and were ready for a nice strong afternoon tea to kick the second half of the day into gear, what did we see?

No milk, no tea and no sugar.  Our levels had been low, to be fair, but we definitely had enough for one round.  And not only that, our precious chocolate hobnobs (which we’d donated ourselves for the greater good of the team) had been hobnobbed too!

An incensed colleague went out to investigate, and came back even more enraged, as no-one dared admit to being the milk/Hobnob thief.  Plans were made to add a padlock to the fridge, or to have a fridge monitor on duty at all times.  We were on high alert.  We were tea deprived.  We could put up with terrible hours, poor processes, shoddy IT systems, but to deprive us of our tea and coffee?  No way!

There was no other option left – we alerted management at the highest level (our General Manager, who luckily happened to occasionally share our office space, and had enjoyed the generosity of the occasional Hobnob or Kitkat with us), listened attentively.  Finally, after a good two hours of stewing (us obviously, definitely not the tea) and a excellent effort to remain serious in the face of such absurdity from the GM, there was news.

An email had been issued at the highest level, to all departments – there would be no more borrowing of milk between departments – it was now strictly forbidden.

The next morning a big packet of chocolate hobnobs were waiting for us, along with TWO cartons of milk – Milkgate was officially over.