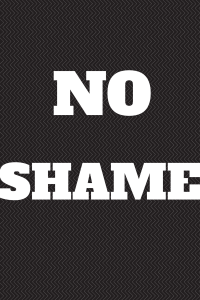 I went to see a play last night.  Nirbhaya.  It was the most gruelling, painful, heartbreakingly difficult piece of theatre I’ve ever watched.  I’m not going to talk about the play’s main subject matter – that’s for you to look into, if and when you’re ready.

But there was a word that came through again, and again, and again – not only in the play itself, as those brave incredible women told their stories, but also in the discussion with the actors and directors later.

That word was shame.

Here are a couple of definitions of shame, from the dictionary.

How many times have you felt foolish, or been made to feel foolish when you have done something that made you feel great initially?

Let me get you started with something really easy.  When I was a little girl, I was a bit of a tomboy.  I wasn’t a very girly girl.  I liked playing football and pirates with my brothers and cousins.  I didn’t like dresses much, I didn’t really like hanging out with other girls – they played boring games.  My aunts used to tell me off for this choice.  I should be ashamed of myself.  I was made to feel foolish for playing with the boys.

When I was a bit older, my natural food preferences were Italian.  I’m Indian.  But for a long time, I wasn’t particularly good at cooking Indian food, because I didn’t really relish the flavours (I do now!).  I remember an uncle telling my how embarrassed I must feel not be able to make basic indian food – how shameful it was.

Later in life, I remember not telling very many people I was into Agatha Christie novels – it was a bit twee and a bit nerdy and definitely not cool.  I felt ashamed to admit I enjoyed them.

If you start to think about the number of things, actions, likes, dislikes we either choose to hide, because we’re ashamed of what others might think of us, because those things are not cool, or clever, or whatever, it’s slightly scary.

I would love for you to do the same.  Embrace your quirks, own your choices, liberate yourself from the need for anyone else’s approval or disapproval.

Let’s live by these two words, as often and joyfully as we can – NO SHAME.